Burning Down the House (KITCHEN BEFORE)
BY Liz Noser
I

It’s the lowest point in a renovation. We are currently working on our kitchen remodel and everything from our cabinets, the stove, the refrigerator and even the dogs bowls have been displaced to our dining room. The image is that of a sad kitchenware refugee camp. We’ll be doing dishes in the bathtub for the next week and all cooking is done out of the Instant Pot on the entry way floor. BUT we are at the lowest point. Now things will be built up and not torn down. I’m not imagining that the process will go quickly, but at least it will be going. Up until this point, burning down the house seemed like the only option; the Talking Heads song by the same name gets me all riled up. I decided to sit down and write the “before” post to get me excited about what we’re doing and remind myself how much is already behind us.

Our kitchen has been functional, I’ll give it that. It’s among the last rooms to get attention because we were able to live our daily lives unhindered but WOOF, it ain’t pretty. I’ve mentioned before that the home is from 1890 and the previous owners last updated it 100 years later in the early 1990’s, a decade whose decor should never be revisited. Linoleum, yuck (and multiple layers as we’ve found out). Formica counter tops, gross. Baby blue, narf.

We have a budget of $2000 so doing it ourselves and getting creative is a must. We won’t be replacing our appliances at this time but hope to in the future. Without further ado, here is the KITCHEN BEFORE: 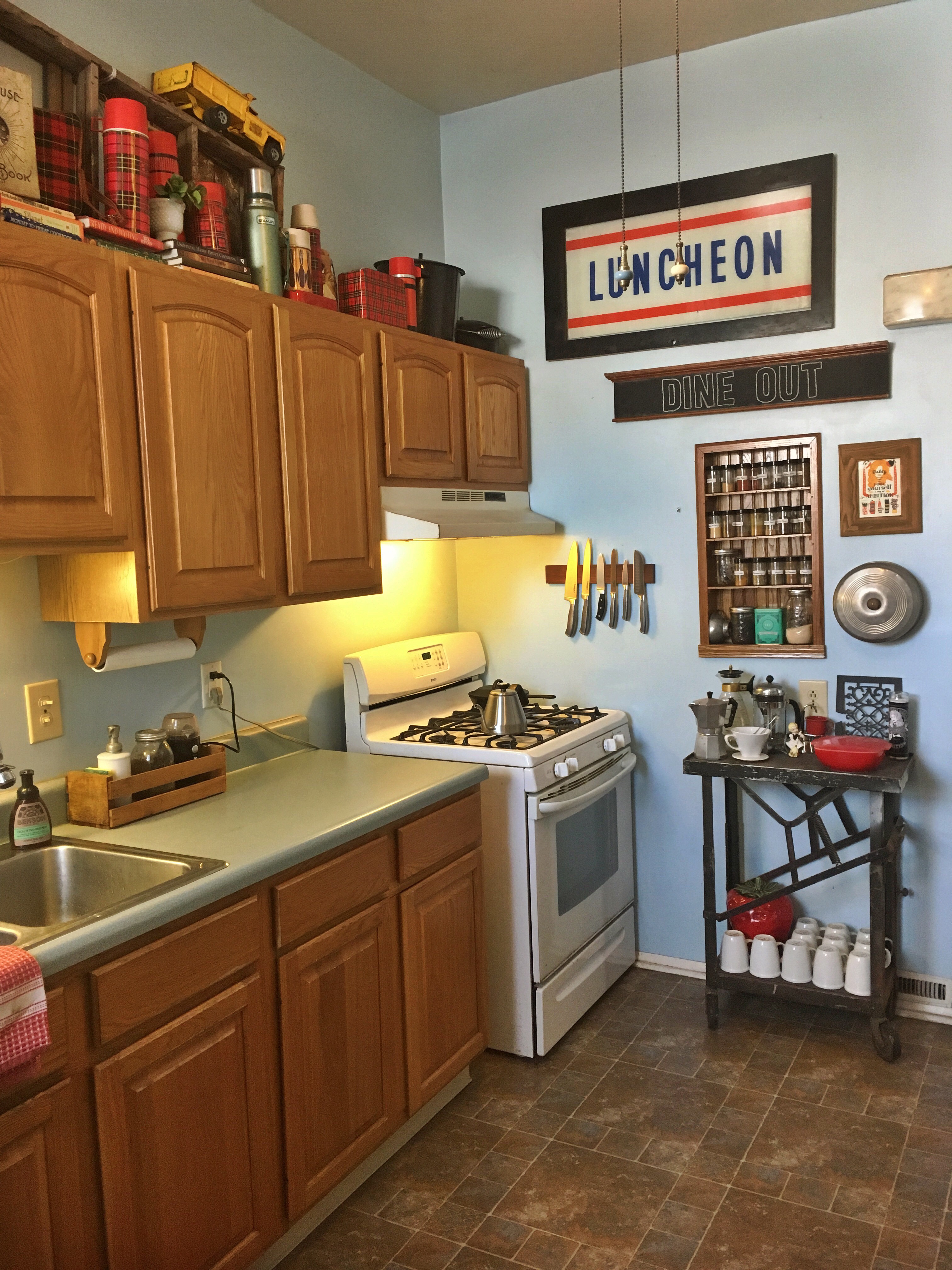 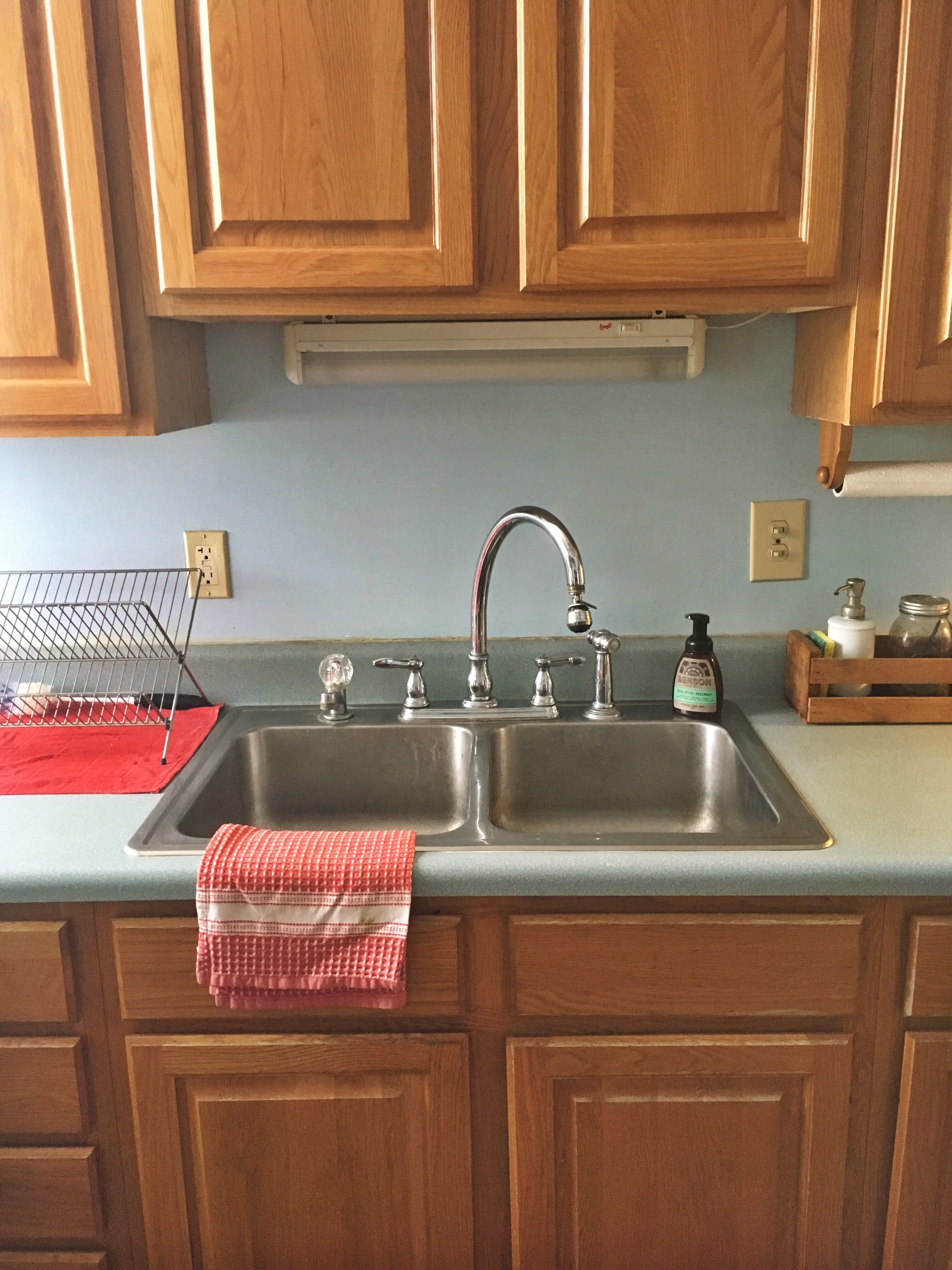 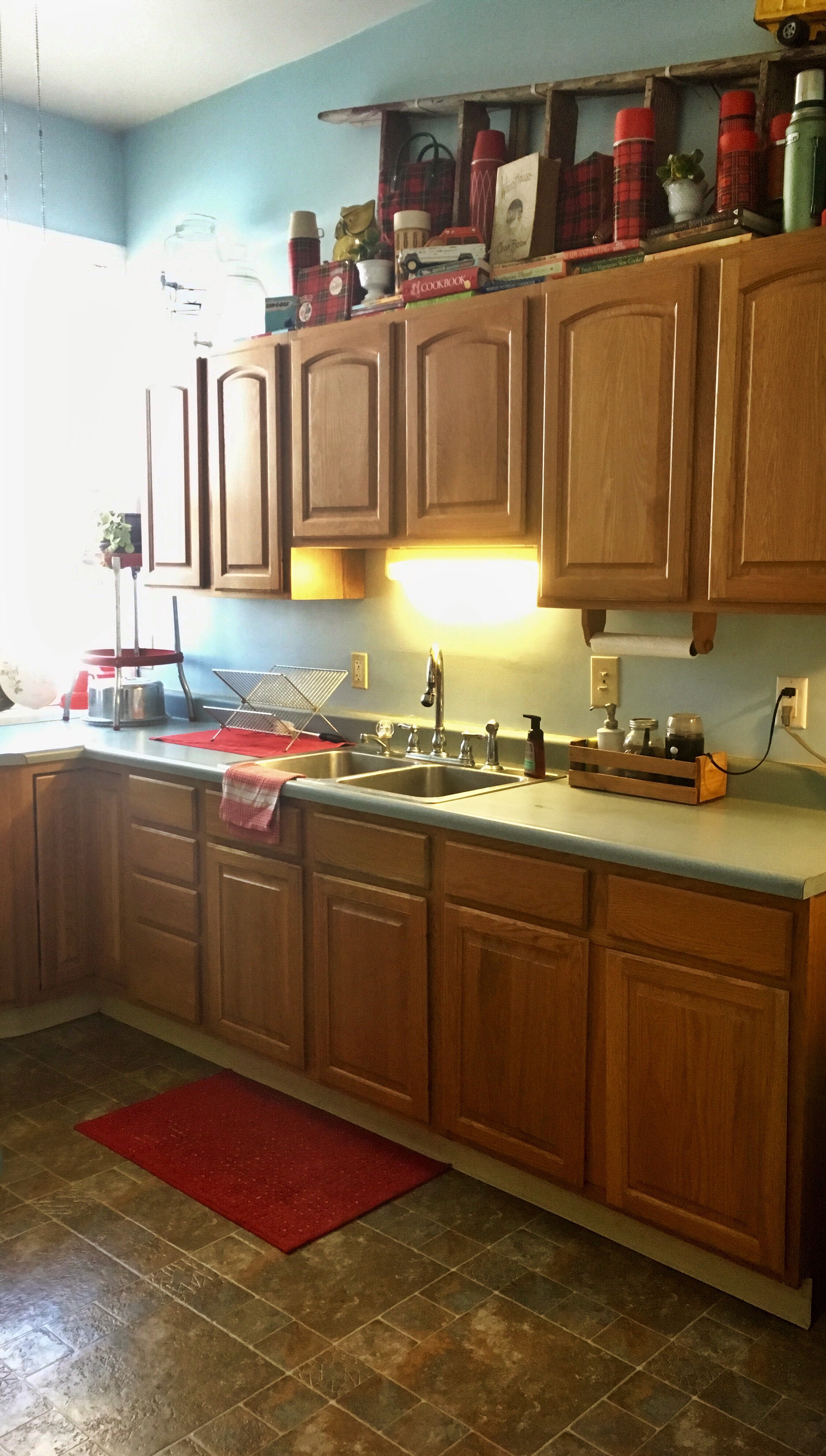 -Butcher block counter tops have been ordered and will be arriving early next week.

-Subway tile will be going up shortly after the new counter tops are placed.

-A few years ago my boyfriend found a steal on an antique enamel sink while visiting Lake Okoboji. It’s been lying in wait in the basement. It’s almost time for it to see the light of day and it’s among the things I’m most looking forward to!

-Our bottom cabinets are in the process of being painted Onyx black. We have antique cast iron drawer pulls to add that were found left behind by the previous owners after they removed a built-in. There were layers of paint on them and there was no way to know they were going to be as cool as they are. We have a Crock Pot reserved for stripping old hardware. Not all Crock Pots kill beloved fictional characters, some come in handy for us weekend warriors. #leavecrockpotalone

-Two layers of linoleum and underlayment have been ripped up and 3500 staples pulled (praise Jesus) to reveal the original maple floor which will be “rustically” restored. 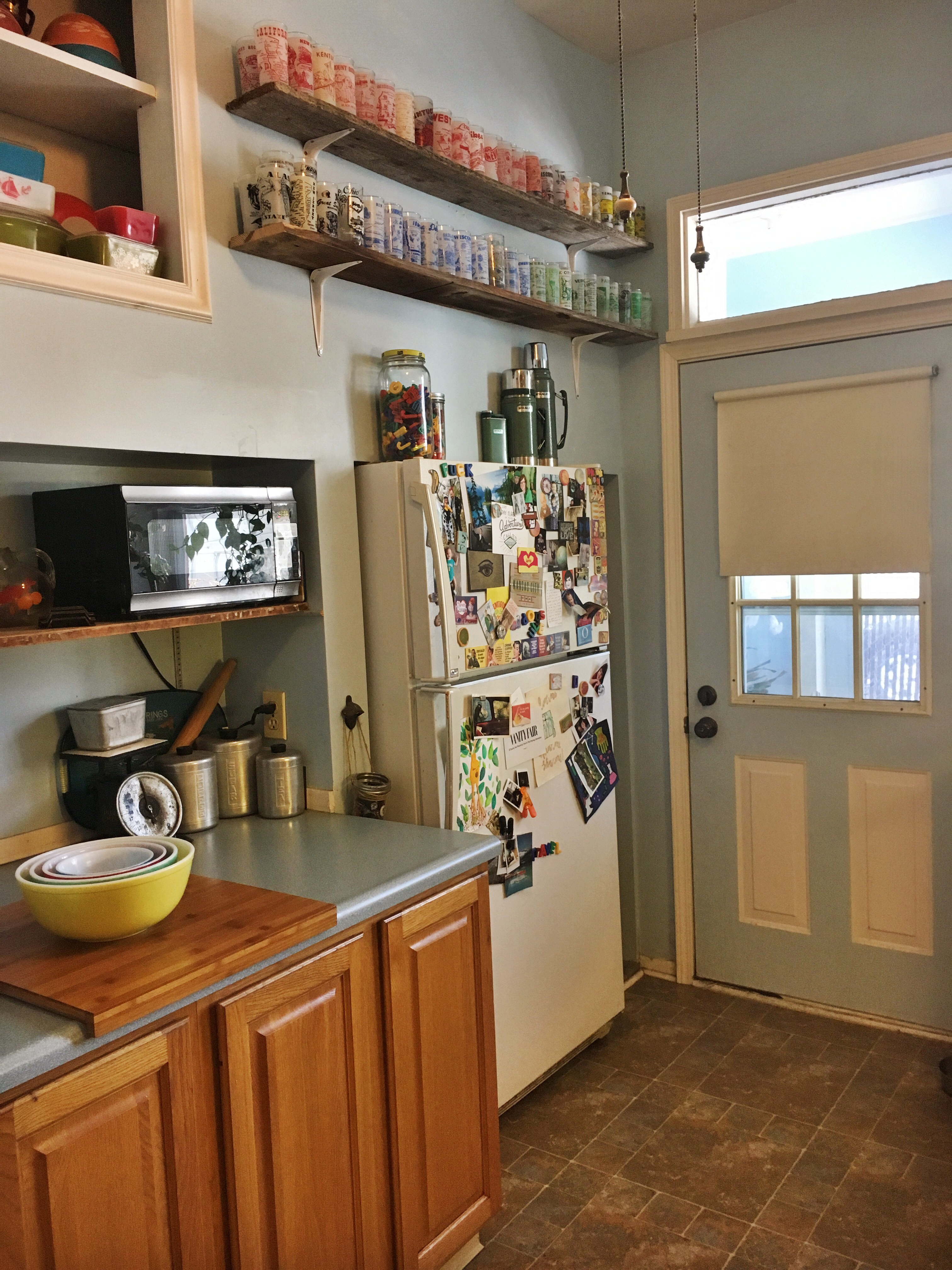 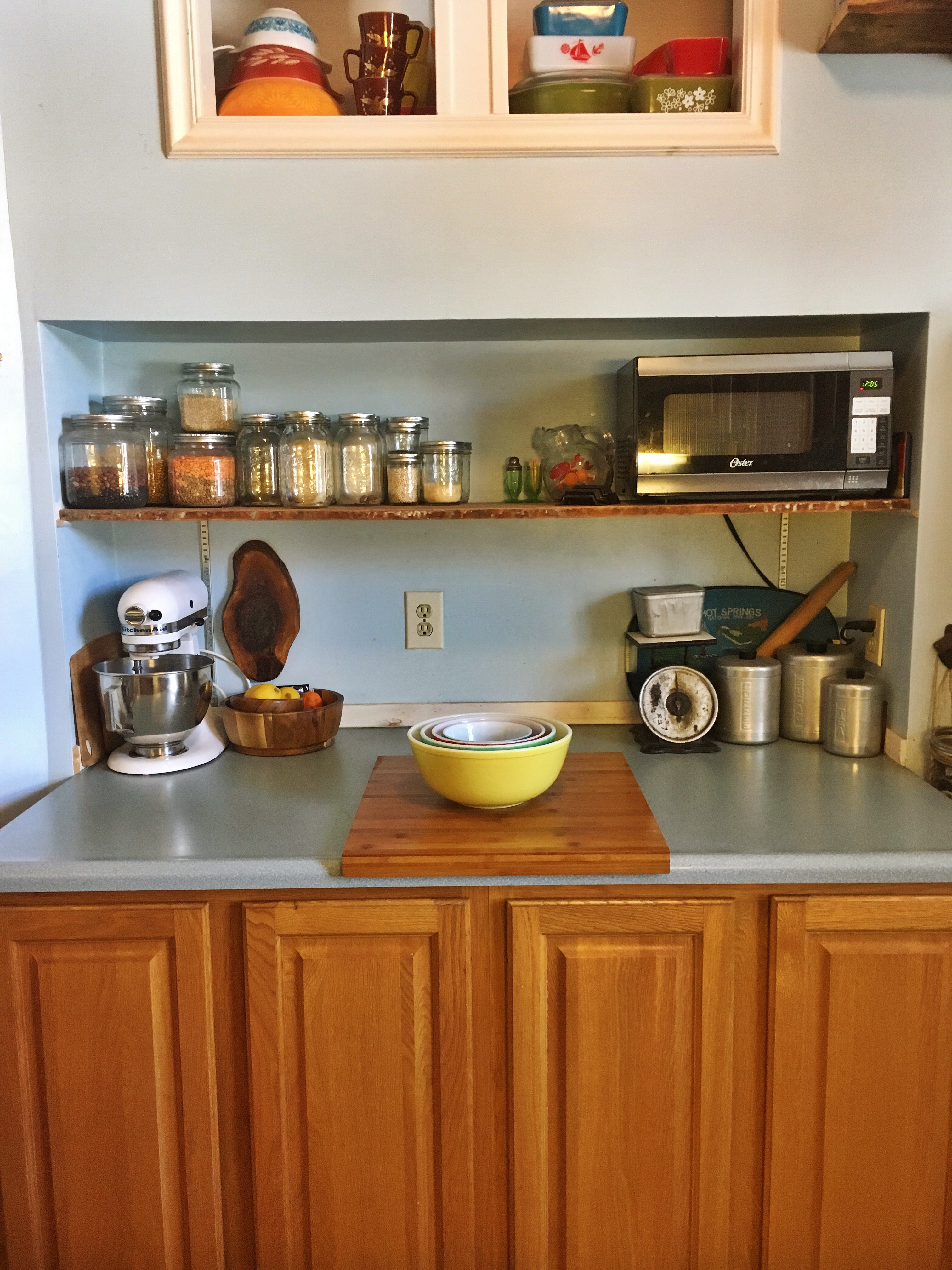 -The walls and door will be painted a fresh crisp white

-I’m painting the refrigerator with chalkboard paint because at this point, why not?

Think if these kitchens had a baby… 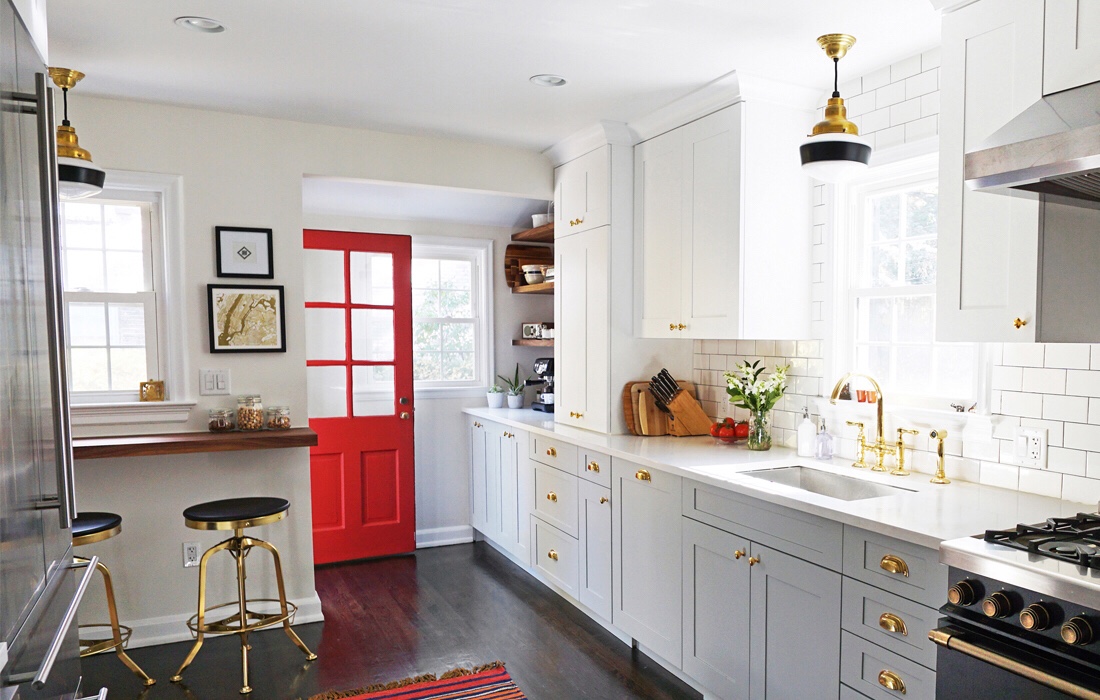 Here is a sneak peak of a couple details of procured or THRIFTED items that will make a home in the kitchen: 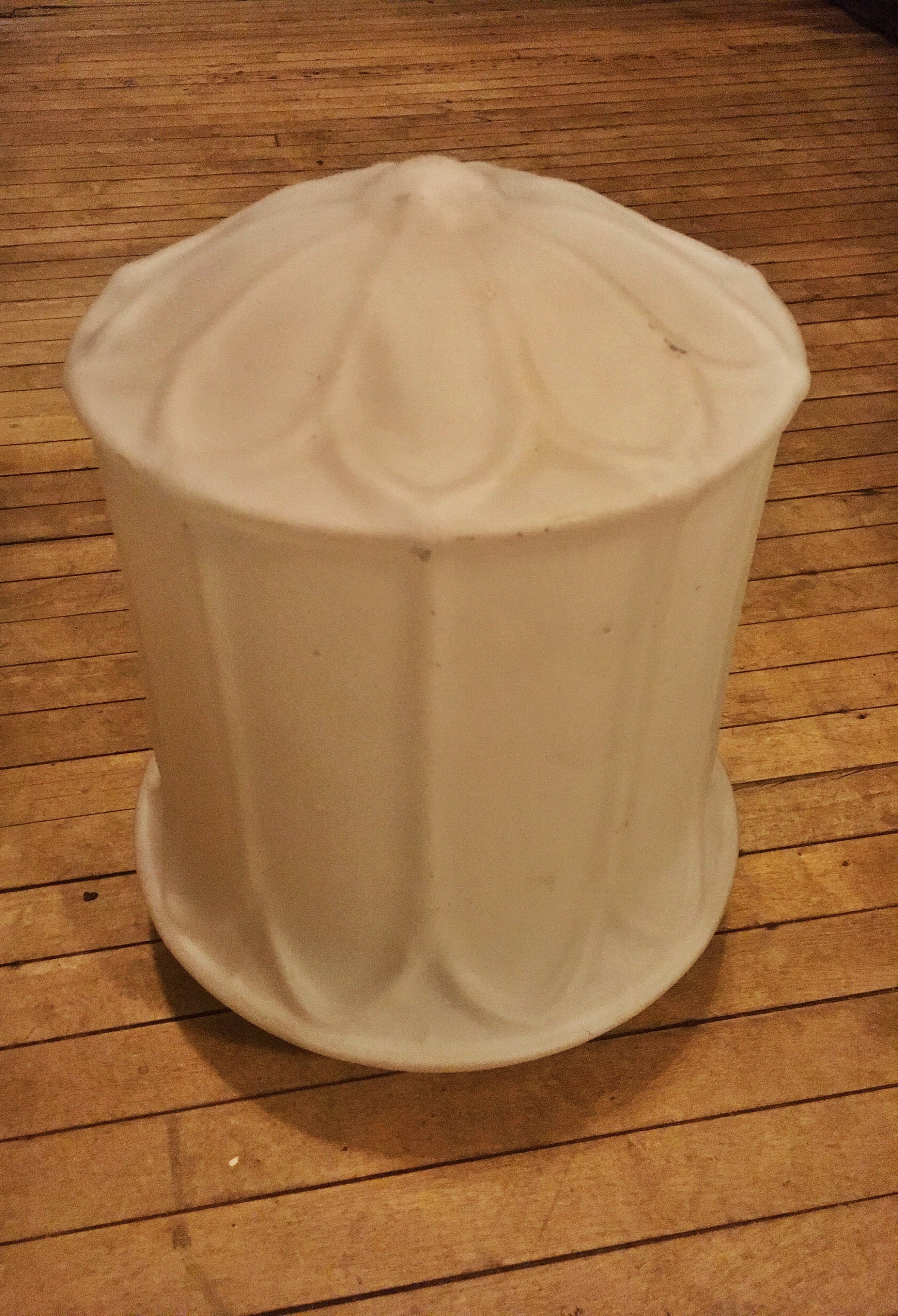 Thrifted for $9.99, We are rewiring an old schoolhouse hanging fixture from the 1920’s (chain not pictured). BONUS: you can see the state of the unfinished maple floors as it is right now. 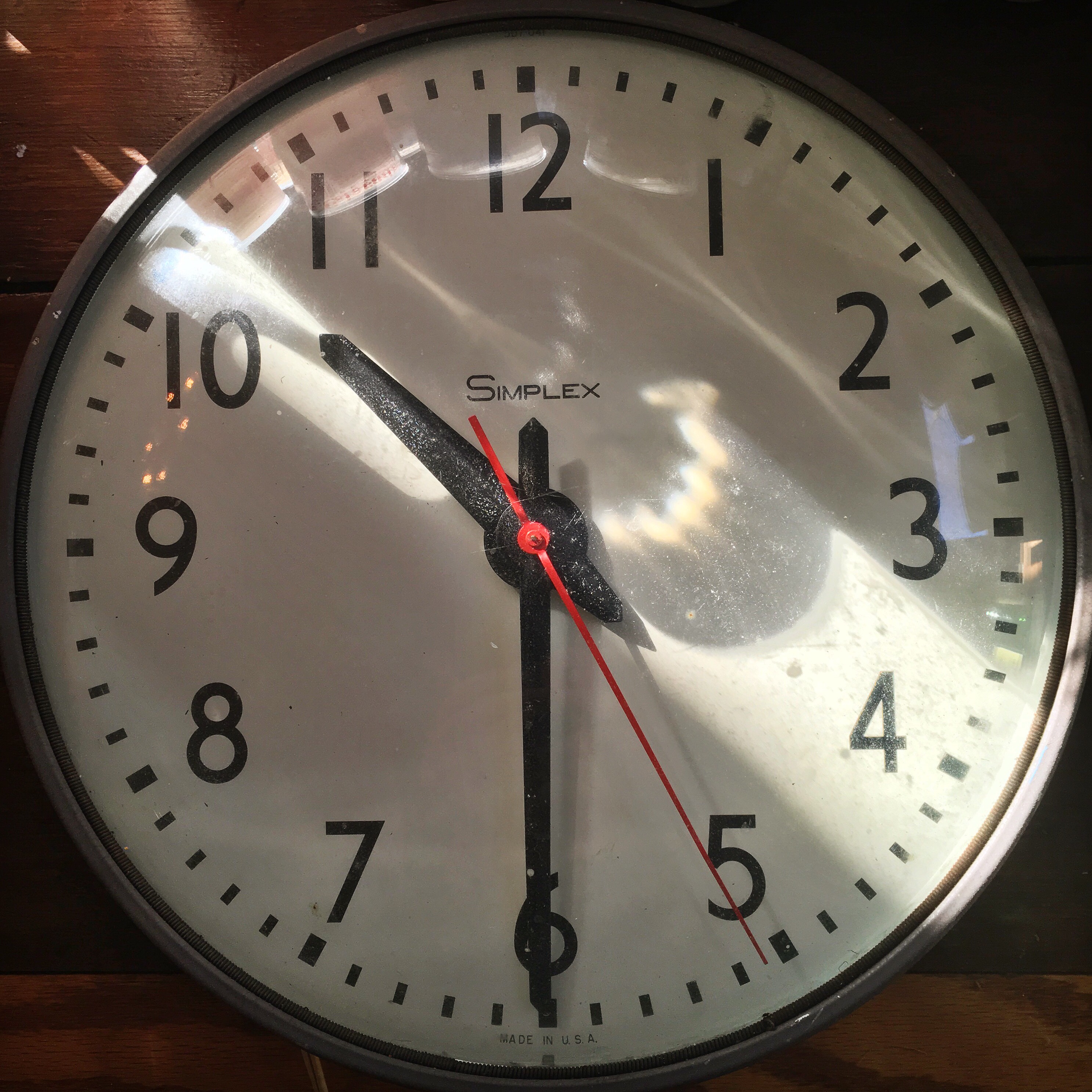 This schoolhouse clock’s price is unknown because I received it as a birthday gift but it will be a perfect addition to the new kitchen. It acted as the catalyst for my design direction. 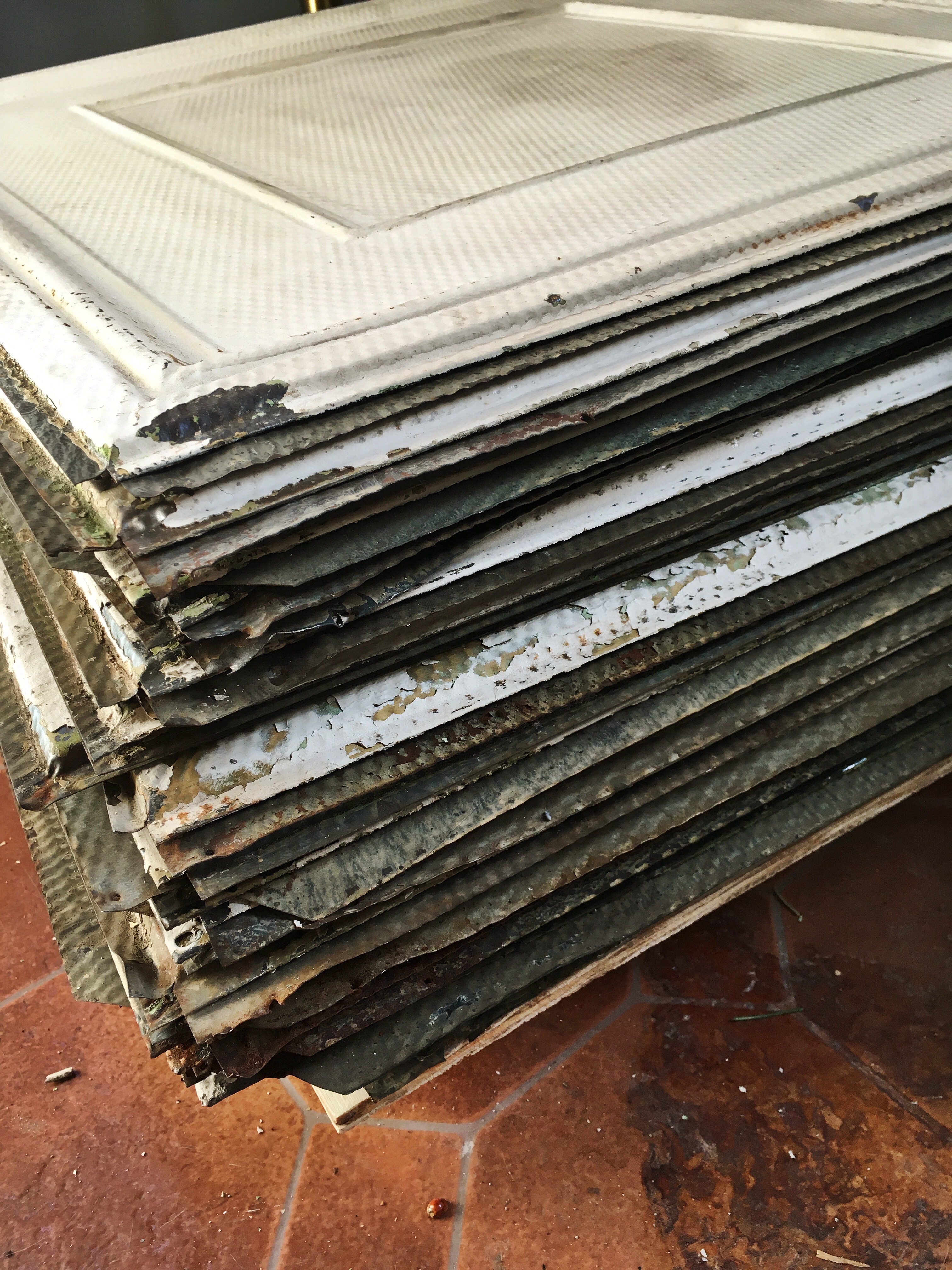 Tin ceiling! A&R Salvage (@arsalvage on Instagram) gave us a great deal on this tin ceiling which will no doubt be a showstopping feature. 35 pieces  for $300, making it less than $10 a square. Anybody want to help us install?

That’s it for now! I cannot wait to show off the finished look in a few weeks.